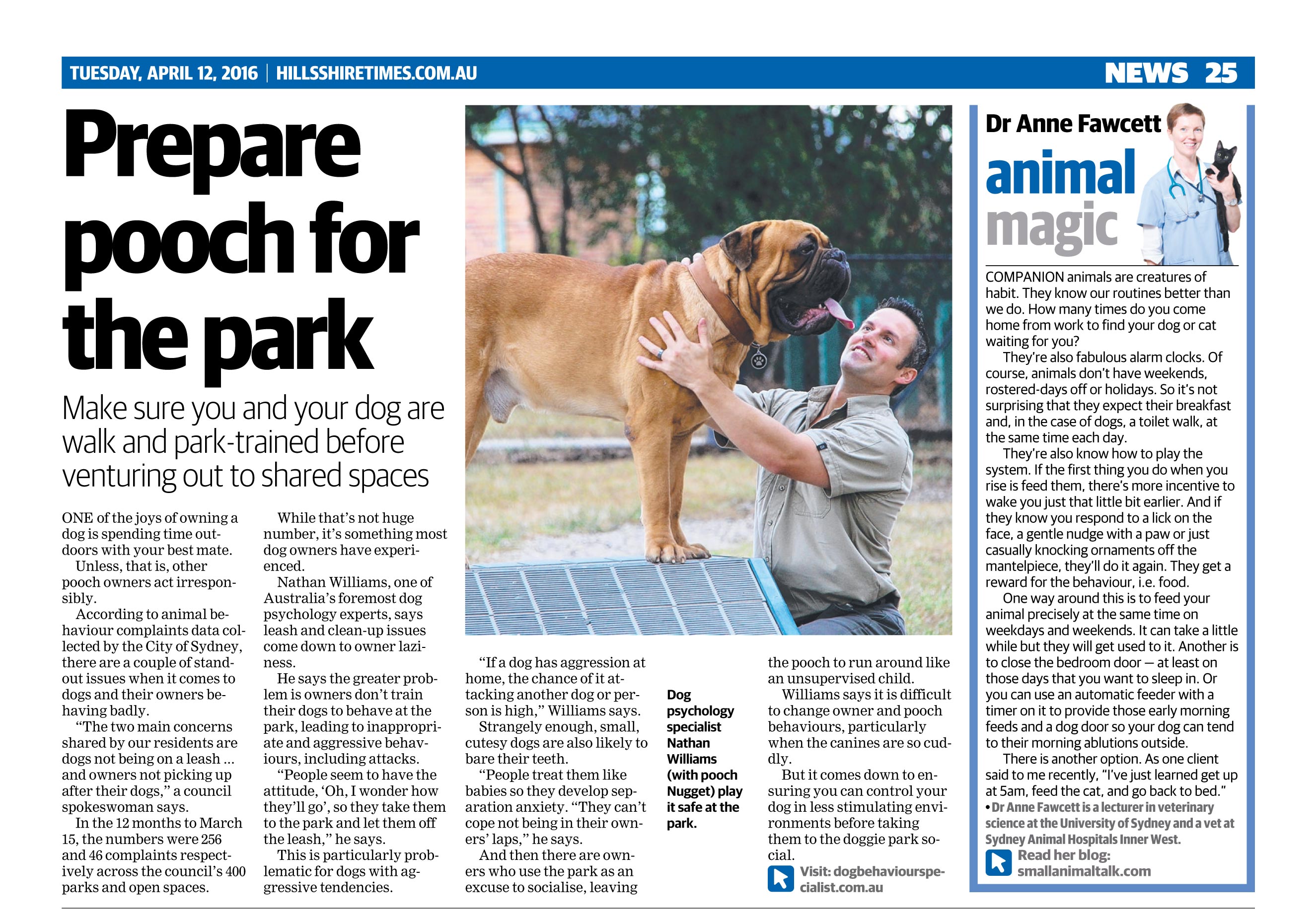 ONE of the joys of owning a dog is spending time outdoors with your best mate. Unless, that is, other pooch owners act irresponsibly. According to animal behaviour complaints data collected by the City of Sydney, there are a couple of standout issues when it comes to dogs and their owners behaving badly.

“The two main concerns shared by our residents are dogs not being on a leash ... and owners not picking up after their dogs,” a council spokeswoman says. In the 12 months to March 15, the numbers were 256 and 46 complaints respectively across the council’s 400 parks and open spaces.

While that’s not huge number, it’s something most dog owners have experienced. Nathan Williams, one of Australia’s foremost dog psychology experts, says leash and clean-up issues come down to owner laziness. He says the greater problem is owners don’t train their dogs to behave at the park, leading to inappropriate and aggressive behaviours, including attacks. “People seem to have the attitude, ‘Oh, I wonder how they’ll go’, so they take them to the park and let them off the leash,” he says. This is particularly problematic for dogs with aggressive tendencies.

“If a dog has aggression at home, the chance of it attacking another dog or person is high,” Williams says. Strangely enough, small, cutesy dogs are also likely to bare their teeth. “People treat them like babies so they develop separation anxiety. “They can’t cope not being in their owners’ laps,” he says. And then there are owners who use the park as an excuse to socialise, leaving the pooch to run around like an unsupervised child. Williams says it is difficult to change owner and pooch behaviours, particularly when the canines are so cuddly.

But it comes down to ensuring you can control your dog in less stimulating environments before taking them to the doggie park social.

If you have a problem with your dog, have questions about what we do, our videos, articles, and dvd’s, or just want to keep up to date with Nathan’s work, drop us a line.